If you’ve ever reviewed a sales rep’s employment contract, you’ve likely come across something called a “clawback.”

A clawback provision stipulates that a sales rep must return commission to their employer if the sale is not fulfilled (e.g., a client never pays an invoice) or the customer churns within a certain window of time. In some cases, clawbacks are also implemented to adjust for deals where margins are below target.

So, should you include a clawback clause in your reps’ contracts? You’ll find arguments on both sides of the debate.

The Argument for Clawback Clauses

Clawbacks can be an important protection for companies. You want to reward your salespeople for their hard work, but paying out commissions on contracts that fail to convert to revenue or cash collected is not the foundation of a sustainable business model. Clawbacks provide a level of protection for businesses.

Clawbacks also incentivize sales reps to follow through with their customers and take ownership through onboarding — ultimately supporting company objectives related to customer retention and engagement. This is especially useful for subscription companies. For example, let’s say a company has instituted a four-month clawback clause. If a customer cancels their plan within four months of signing up, the sales rep must return some or all of their commission payment. This encourages sales reps to follow up to ensure customers are happy with the product and to shift their focus to customers who will truly derive long-term value from the products or services being sold. It also incentivizes reps to avoid prospects that are not a great fit for the company.

If you’re clawing back commission payments, you’ll need to take into consideration the breakdown of the payout model. For example, are you paying 80% at booking and 20% at invoice date? Are you invoicing during the onboarding stage or earlier on in the customer lifecycle? Is there a threshold (e.g., $50k) for clawbacks on customer non-payments?

The Argument Against Clawback Clauses

A clawback clause can be detrimental to a business in two significant ways. First, it can shift a sales rep’s focus away from deal flow and towards “shadow accounting” in an attempt to accurately predict their total income. Second, it can really wreak havoc on your financial statements and accounting team.

For example, companies must capitalize commissions and have an accrual model for commissions when an expense is booked. [Read our overview of ASC 606 and what this accounting standard means for your business.] If a commission can be retroactively changed, thus impacting past accruals made, there is a possibility that a public company would have to restate earnings reports. Furthermore, financial projection models will be less useful in a world where a major input variable, such as commission expenses, can be changed at any moment.

Last but certainly not least: you really need to consider how clawing back commissions on unpaid or delayed invoices might be a highly unpleasant process and super demotivating for reps.

When all is said and done, clawbacks often do not amount to much and may not deliver much value to the business.

Should you decide to move forward with a clawback policy, you may want to keep in mind to:

Quotas: Let’s say Kelly is commissioned on the annual recurring revenue (“ARR”) of closed won deals within a quota period. In Periods 1 and 2, the Quota is $150,000 and $300,000, respectively. A base commission rate of 10% is paid on deal ARR through the attainment of period quota (Tier 1), and a 20% rate is paid for ARR amounts above the period quota (Tier 2). ‍

Commission and Clawback Rules: Commissions are paid on bookings, but are subject to a clawback for customer non-payment.

The following deals are closed in Periods 1 and 2. However, at the end of Period 2, the company determines that Deal A will not pay and that the commission should be clawed back due to customer non-payment.

Method A is the most common in practice, primarily because it is operationally simple and intuitive for sales teams to follow — Kelly earned a $5,000 commission for a sale that was not fulfilled, so she must then return the $5,000.

Following this approach creates a potential relationship between deal order and the clawback amount. For example, as Kelly is moving through attainment tiers during the quota period, the clawback amount is artificially tied to when in the period the deal closed.

Method B protects the company from over-attainment by applying the clawback as a reduction of quota credit. The clawback is treated as a negative deal amount, or treats it as if it were a sale made with a negative revenue amount. As seen in the calculation below, a Deal A (Clawback) is added as a negative amount to the attainment in Period 2.

This method is operationally very simple to automate in a calculation spreadsheet or system. This is because most CRMs can provide a debook record in the exact negative amount as the original deal. Spreadsheet and system calculations can then reference the negative deal amount and consider it in the current period’s commission calculation. Further, there is no need to reference historical payout periods, as you would in Method A (or in Method C described next).

One potential negative impact that this can have is that it may motivate sales reps to defer deals into later periods if the attainment of Tier 2 commissions seem out of reach in Period 2.

For example, let’s say Kelly anticipates Deal A to turnover in Period 2. This means Deal A effectively creates a period quota of $350,000 in closed ARR in order for Tier 2 commission rate attainment to be achieved. If Kelly thinks that this is not attainable during Period 2, she will be incentivized to defer deals into Period 3. Both larger size and lower count of period deals contribute to this potential disincentive.

However, given the operational simplicity of this method, it can be very useful where there is high deal volume that can limit any disincentives to deal performance. ‍

What We Like: You no longer need to match records to ensure the correct cancellation date; you can simply add a new entry that is a negative sale. It also creates more clear commission statements for your sales reps.

Method C seeks to balance fairness to the company and the salesperson via the reduction of quota attainment due to the clawback. However, unlike in Method B, this method applies the clawback to the original period of the deal.

This approach scores high marks for being fair to both the company and the salesperson. The adjustment to the quota attainment made in the preceding period reduces the over-attainment in Period 1, but still protects the salesperson against the negative incentive of a negative quota event in the current period.

Operationally, it is very complicated for a spreadsheet to retroactively re-calculation sales commissions each time there is a clawback. Further complexities arise from using this approach when a company is capitalizing its costs in compliance with ASC 606, due to the needed care it takes to ensure that clawbacks limit their impact on deal amounts previously recorded.

What We Like: All the benefits of Method B without the misaligned incentive for sales reps to defer sales to future periods.

As our favorite economists say, “incentives matter.” There are valid reasons to apply any of the above approaches, but consider the behavior that you want to incentivize across your sales team. Also take into account the realistic limitations that you may face on your accounting team given whichever sales commission calculation tools you may be using.

Want to learn about a popular alternative to the Immediate Payment and Clawback approach? The hold and release approach allows sales reps to receive their commissions immediately while protecting cash flow. 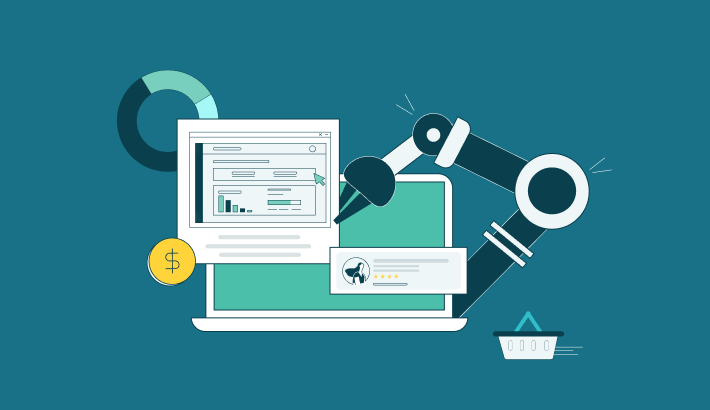 What's the Difference Between a Sales Bonus, a Commission, and an Incentive?

Request Demo
© CaptivateIQ, Inc. All rights reserved. Various trademarks held by their respective owners.
Featured users may have been compensated; opinions are their own. Customer experiences may vary.
Terms & ConditionsPrivacy PolicySitemap